Buddleja araucana is a hardy shrub in the UK bearing orange globose flowers in early summer. Similar to Buddleja globosa but with smaller leaves and flowerheads. Best grown in a sunny position.

Named by Hendrik Antoon Lorentz in 1818 in honour of Richard Napp, a naturalist in the early years of the Argentinean Republic. Changes in taxonomic methods have subsequently seen the name changed to B. arauncana by Rudolph Amandus Philippi, the German-Chilean Zoologist in 1873.

B. araucana is native to the steppes and semi-deserts of Patagonia, ranging from S. Mendoza to Rio Negro and Neuquen Provinces in Argentina and adjacent Chile at 300-1500m. 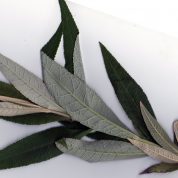 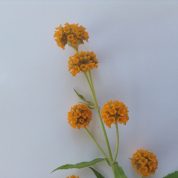 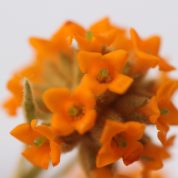 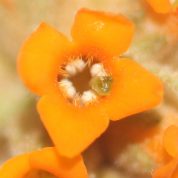 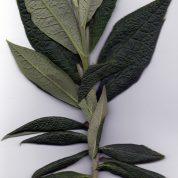