Buddleja farreri is a deciduous shrub which bears pale lavender flowers in early spring. As the plant flowers best after long hot summers grow in a pot so that it can be moved to an ideal position. Overwinter under glass and keep on the dry side to ensure survival.

When I became keeper of the collection there was a large specimen tree 400cm (12ft) tall growing in the Summer House bed. It must have been one of the first plants to have been planted in the collection in 1993 and was spectacular in frost free springs. Sadly the plant died in 2012.

Introduced to cultivation by the plant collector, Reginald J. Farrer, B. farreri was named in his honour by Scottish botanist Issac Bayley Balfour and William Wright Smith in 1916.

The species grows wild in Kansu Province of China on hot dry cliffs, walls and banks. 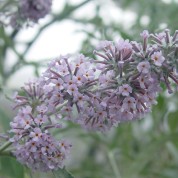 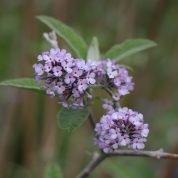 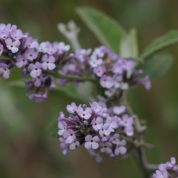 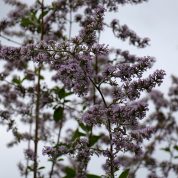