Like B. ‘Autumn Beauty’, it is distinguished by its comparatively late flowers from August to early October, so making it a very useful nectar source for late season butterflies and bees

The flowers are more striking than B. ‘Autumn Beauty’ being pink reddish.

A hybrid bred by Peter Moore at Longstock Park Nursery in 2009. The aim was to improve on the later flowering B. davidii cultivars. 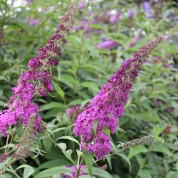 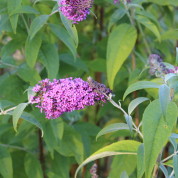 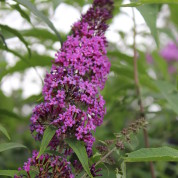 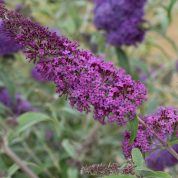