The pink form of Buddleja nivea has more numerous flowers than the species but these are still small and fairly insignificant. Although the young leaves are clothed in white hairs like the species these are not as dense and do not give such a good overall effect.

At Longstock Buddleja nivea pink form is less vigorous than the straight species and if pruned hard in late spring will grow less than 100cm (3ft). The selling point for me is the exceptionally white stems in winter like Rubus biflorus without the thorns.

Believed to originate from the Yunnan province of South West China. 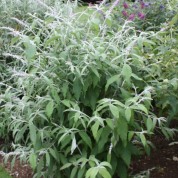 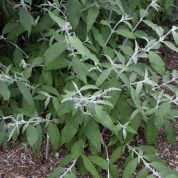 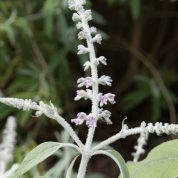 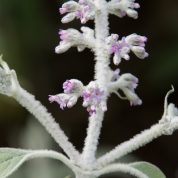