B. ‘White Wings’ typically grows to a height of 2.0m. The shrub is distinguished by its triple flowers forming a trident of creamy-white flowers at the end of the stem; the foliage is an unremarkable green.

Even though the secondary flowering after the initial first flush is poor, almost insignificant; it flowers early and looks magnificent and is worthy of a place in any collection.

This cultivar is of unknown origin but probably British. If anyone is able to provide any information please contact us. 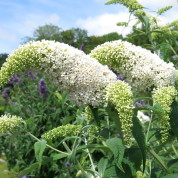 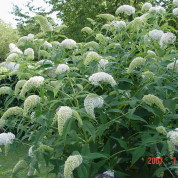 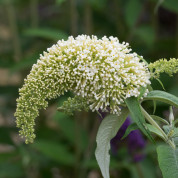 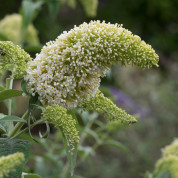