B. agathosma is a deciduous shrub of sparse habit which, left unpruned, grows to a large size. Striking large deeply toothed leaves are initially white, owing to a dense coating of hairs, but ultimately appear greyish; the underside remains white and tomentose The heavily scented perfect flowers appear on the old wood before the leaves at the nodes of the previous year’s growth during April in the UK. The flowers are 12cm in length and pale lavender in colour. One of the parents of  the hardier B.‘Longstock Gem’

Here at Longstock it is over wintered in a unheated glass house but I have seen a specimen at Wisley Garden as a free standing sprawling shrub, against a wall at Stone Cottage Nursery and the garden writer Steven Lacy grows it in North Wales.

Described and named in 1912 by the German botanist Dr. Friedrich Ludwig Emil Diels. The species was sunk into B. cripsa but modern taxonomic methods have re-established the origin species in its own right.

Endemic to the Yunnan Province of China where it grows in woodland clearings and at forest edges. 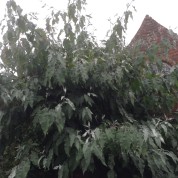 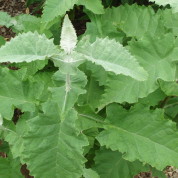 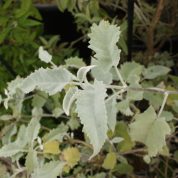 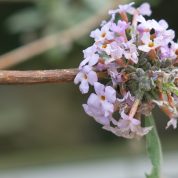 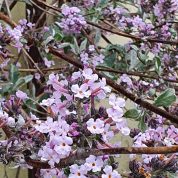 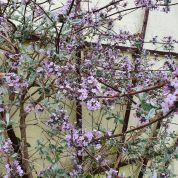