Buddleja colvilei forms a large shrub with large dark green leaves which are hairy when young. The enormous crimson flowers have a white throat and are the largest flowers of any hardy Buddleja. The plant is not fully hardy and is best grown against a south facing wall in a free draining soil where it can be protected from winter winds.

Discovered, named and described by botanist and director of Kew, Sir Joseph Hooker in 1855.

B. colvilei is native to S Xizang and Yunnan Provinces of China as well as Bhutan, India, Nepal and Sikkim where it grows in open forests, thickets and open places at elevations of 1600-4200m.

S Xizang and Yunnan Provinces in China plus Bhutan, India, Nepal and Sikkim. 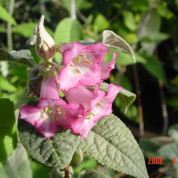 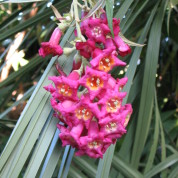 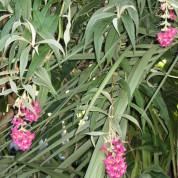 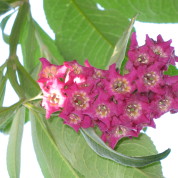