‘Ecolonia’ performed well in the RHS Buddleja trials, where it was well received for its balanced structure; it was also rated 8th out of 52 for its attractiveness to insects.

Bearing pale blue flowers with silver grey leaves, the shrub is also notable for its scent and for the long period it remains in flower.

B. ‘Ecolonia’ was named after a nature reserve in Alphen aan den Rijn in The Netherlands where it was found and distributed by the Proefstation voor de Boomkwekerij in Boskoop before 2008 (Ref; Dendroflora No. 48, 2011). 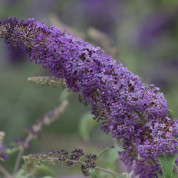 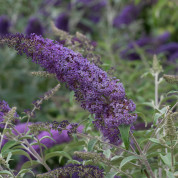 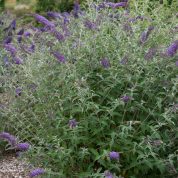 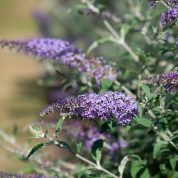