B. ‘Empire Blue’ is an old cultivar eclipsed by more recent introduction such as B. ‘Blue Horizon’, another AGM winner with larger panicles of a superior hue. Accordingly B. ‘Empire Blue’ has been entered onto the RHS ‘Sunset List’ for rescission of its AGM.

Buddleja davidii ‘Empire Blue’ is an old cultivar, raised by Karle A. Lucal and introduced by the Good & Reese nursery, Ohio, in 1941 (patented 1942). 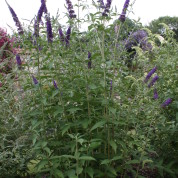 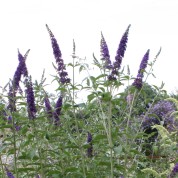 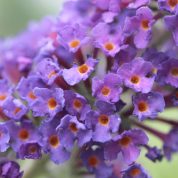