Buddleja curviflora is so named because the purple flowers are curved in shape and only bear flowers on one side of the spike. An upright shrub with pale green leaves, this plant requires some protection over the winter.

B. curviflora was named and described by English naturalist and Director of Kew, William Jackson Hooker and the Scottish botanist, George Arnott Walker Arnott in 1838. The species is rare in cultivation.

The species occurs naturally in South Taiwan and Japan growing in thickets at elevations of 100-300m. 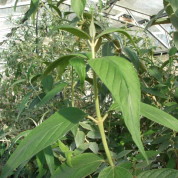 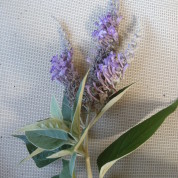